The Problem With Gas-Powered Vehicles in a Post-Apocalyptic World 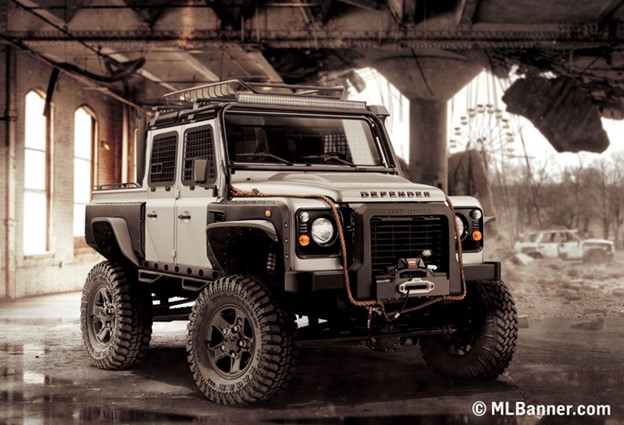 I cringe every time someone from The Walking Dead, or almost every other post-apocalyptic (PA) television-show/movie (and most PA book out there), has a character find a car parked in the middle of the road, which had been abandoned for years, where they then simply hot-wire it, and the vehicle starts up right away. It is made to look that easy. And the character drives off as happy as a zombie-hunter who just killed a new batch of fresh Walkers.

A few of the more realistic shows/movies/books at least have their main character recognize the problem of a dead battery, swapping it out with another one. Of course, we are left to wonder how the “new” battery mysteriously remained charged the whole time. So now the vehicle is drivable, right?

That is because these PA stories have all missed the biggest reason why that abandoned car, will NOT be drivable (without a lot of help from the writers of that story)…

Gas has a markedly short shelf-life. Maybe a few months, but definitely not many years. That’s because gasoline is a highly refined substance with very complex molecular bonds. Over time, these bonds break down and the fuel reverts back to an earlier, unusable state. In fact, it’s not unusual for highly refined premium gasoline to lose significant amounts of volatility, and therefore usability, within 90 days. It’s even worse with the ethanol-enhanced (blended) gas you find at your neighborhood station.

This subject becomes all important to the characters of Ashfall Apocalypse, especially in the upcoming second book.

In addition, air causes the lighter (more volatile) chemicals to evaporate, leaving the heavier chemicals. And this decreases performance even further. Ethanol is heavier than gasoline, which means it will settle at the bottom of your tank. And because blended gas absorbs water, and the evaporated liquid in a tank has nowhere to go, you will quickly end up with water at the bottom of your tank, where the gas is drawn into the engine. That’s a big problem.

For these reasons, 10% ethanol blended gasoline has probably a 90-day shelf life in a closed gas tank but might only last 30 to 45 days in vented gas tanks (found in older vehicles). The higher the blend, the lower the shelf-life.

What about my bug-out vehicle (BOV)?

This is a call out to all of you preppers (and authors writing about preppers), who might have purchased that EMP-protected, pre-1980, souped up, bug-out vehicle, stored unseen at the back of your property. You think it’s all ready to go, if the SHTF. But if it sits there too long, it could be as dead as all of your neighbor’s vehicles. You must drive the damned thing periodically to burn through the rapidly breaking down fuel in its tank and replace it with fresh fuel every few months. Again this depends on the blend of gas, if your tank is vented, and under what kind of conditions the vehicle is stored. Some have claimed to have stored a vehicle for a couple of years and been able to start it up, but I wouldn’t bet my life on it. Neither should you.

Now if your BOV is diesel fueled, you’re much more likely (than a gasoline vehicle) to be able to start it up, even after it has been parked for a while. This is because diesel is a little more stable than gasoline, and diesel-powered vehicles are designed a little tougher, allowing them to run better on less effective fuel. It makes sense that the US military exclusively uses diesel in all of its vehicles. However, diesel fuel doesn’t last forever either. Untreated diesel fuel also breaks down within 6 months to a year, and could be unusable within 24 months. That is assuming you do nothing to stabilize it.

What about gas stabilizers?

It’s true that a good gas stabilizer, like Sta-Bil (which by the way has petroleum distillates as their primary ingredient), has been said to increase the shelf-life of pure gasoline up to 24 months. To slow the break-down of the molecular bonds, which starts on day one, they recommend you add it immediately after your gas purchase. From what I have read, those claims are not backed by research and look to be purely anecdotal. So, it may add to the shelf-life of gas, but just how long is debatable.

Can you restore bad gas?

The answer appears to be “yes,” but within limits. Pri-G (or Pri-D for diesel) are reported to not only extend the life of gasoline for years, but others have claimed to use it to restore “bad” gas. So far evidence appears to back up the claims, within limits. A bottle of Pri-G ($30) treats 256 gallons of gasoline.

Is there any long-term solution?

In fact there is: Stay away from blended fuels by getting something more pure. Here is a site that lists ethanol-free gas stations. But you still never know what other impurities are in the gas.

For the most pure, you could try something like VP Racing fuel as one alternative. It remains stable for two years (per the company) and comes in leaded and unleaded. But it is damned expensive. For instance, on Amazon, 4 X 5-gallon containers of the stuff (20 gallons) is $112.99… That’s $5.60/ gallon! But it claims a shelf-life in “excess of 2 years.” So, if price is not an issue, you might buy a few gallons of the stuff.

Regardless of which option you choose, you best cycle through it every so often, and add your Pri-G before the next apocalypse, or you can forget about driving your super-duper, anti-zombie, Humvee around town, thumbing your nose at all those dummies who scorned you for spending your savings on your preps.

What does that mean for our post-apocalyptic characters?

They better get used to walking. That’s because there is no chance in a post-apocalyptic hell that they’ll be able jump in that car they found, abandoned many years ago, and start it up without a lot of poetic license.

Get more of ML Banner’s writing each month by subscribing to his monthly publication, Apocalyptic Updates. And you’ll get a couple of ML Banner’s best-selling apocalyptic-thriller books for free, just for signing up.