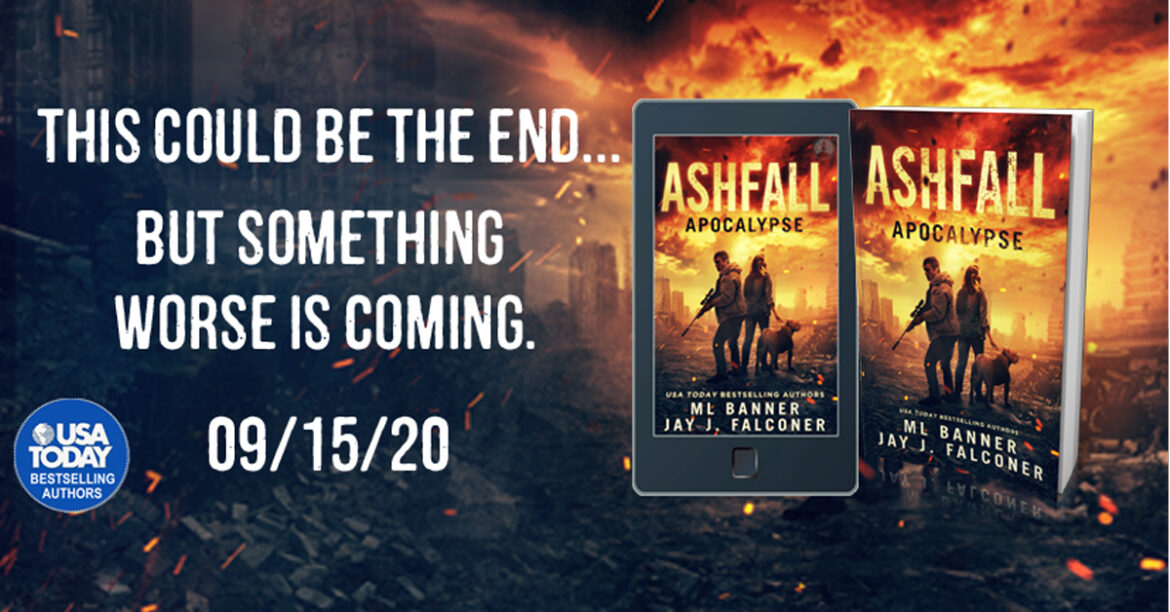 Get your masks, close your windows, lock your doors, and hunker down. You still won’t survive.

This is a brand new series, set in today’s world, It’s a genuine what-if, fast-paced tale about survival.

Ronald Ash was screwed.
And so was his world.

Across the globe, volcanic eruptions spewed toxic ash into the atmosphere, earthquakes leveled cities, and tsunamis wiped away millions.

Ron and his wife were unaware that anything was wrong, until their town’s dam collapsed, sending a giant surge of crushing water their way. There was no escape.

With their lives in tatters, Ron and other survivors must scramble to prepare for the next calamity. But natural disasters were the least of their worries.

Not just the good survived. And without accountability, nothing stood in the way of domination by evil men. Worse, Ron was in their crosshairs.