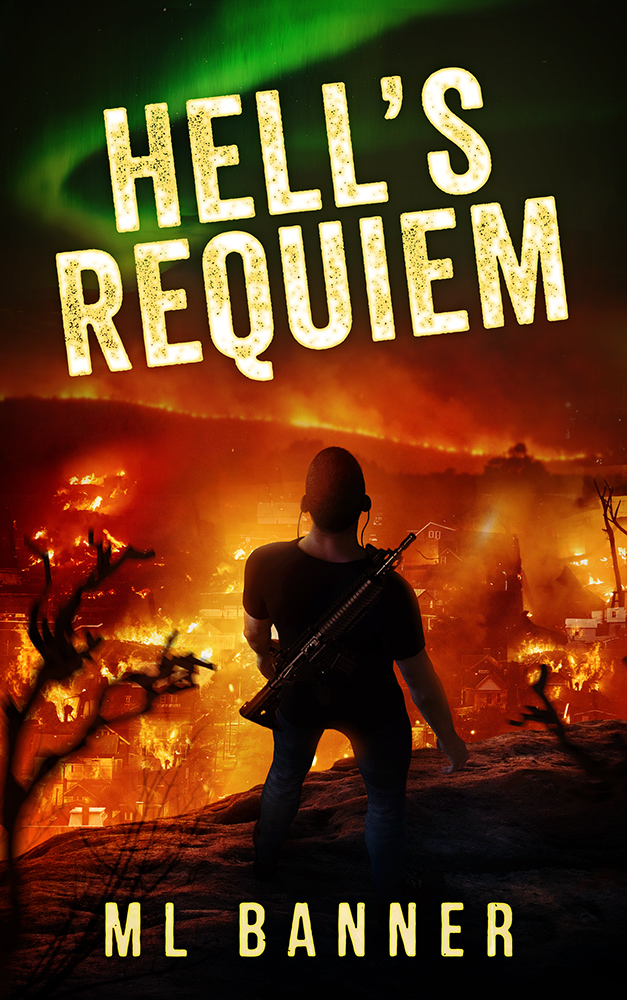 Tom’s world was about to go to hell!

His son died, and his wife left him.

Then the world ended.

It was about to get much worse.

Tom was already prepared for society’s collapse when the nonstop solar storms arrived. He just hadn’t planned on the loneliness.

When a woman and a little boy show up, they bring with them much more than Tom had bargained for. He’ll not only have to battle for his life; he’ll need to fight for a reason to live, as he recalls the painful memories and the songs linked to them in Hell’s Requiem.

Hell’s Requiem is the name of Tom Rogers’ (one of the heroes of CICADA) musical playlist, which exists on an iPod that can never be played because constant solar storms (first described in Stone Age) destroy anything with electric current.

This is a stand alone novel that takes place in the Stone Age World. Tom is a prepper who is just trying to survive after the Event. But trouble walks right up to his gate, and she’s got a kid with secrets.