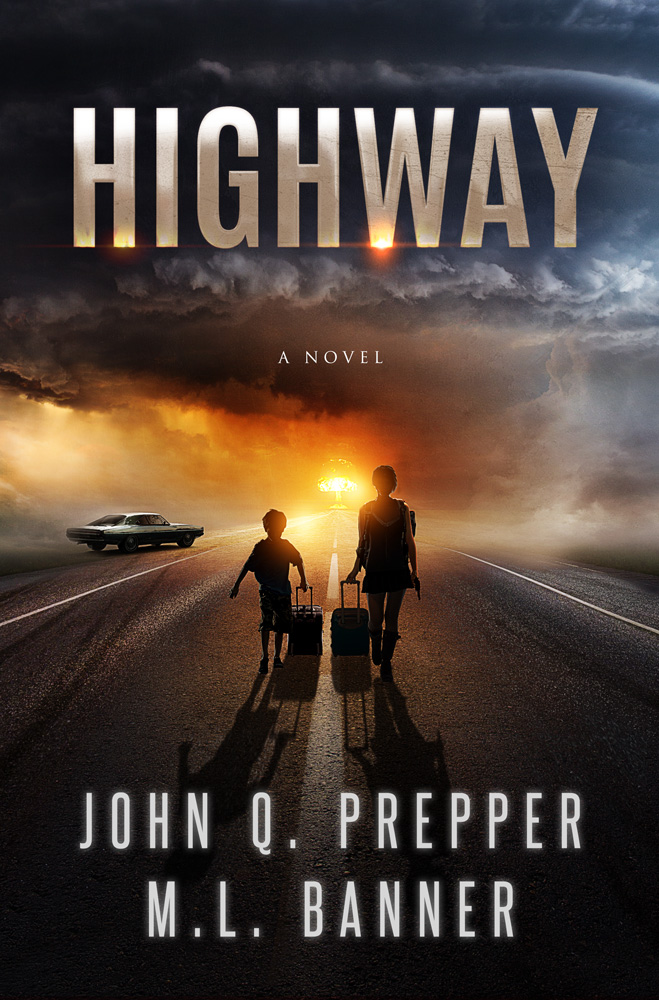 A flash of light changed all American life in an instant.

For Lexi Broadmoor and her brother, it took their father’s life in a car crash. His dying words and bug-out bag gave them instructions to survive the long journey home they were now forced to make. But with a mushroom cloud in the distance and society collapsing around them, they will have to move quickly.

For prepper Frank Cartwright, who has been planning for the end-of-days for twelve years, an attack at his home leaves him wondering what’s coming next. Among the bodies he finds evidence which points to a far more malevolent plan; one that affects everything. Although he wants to stay and protect his property and his town, he knows he must use his skills to take the fight to the enemy. But if he doesn’t hurry, he’ll not only loose the family and friends he cares about, he’ll lose his country.

With America crippled and its citizens struggling to stay alive, a few will put aside their personal needs and fight for the survival of a nation.

A countdown clock unwinds, family secrets are exposed, and an unexpected evil draws them to an epic collision along the Highway.

Co-written with John Q. Prepper, Highway is my new apocalyptic-thriller set on a highway in contemporary America. The events in this book are entirely possible, given the geo-political alliances of today. And this makes its possibility so much more terrifying than so many of the what-if apocalypses proposed by so many on science fiction bookshelves.

Take a thrilling ride down a highway. But wear a seatbelt, because there will be many twists and turns on this trip to an ending that you will never expect.

Highway is Now Available on Amazon