Take a Trip Down Highway 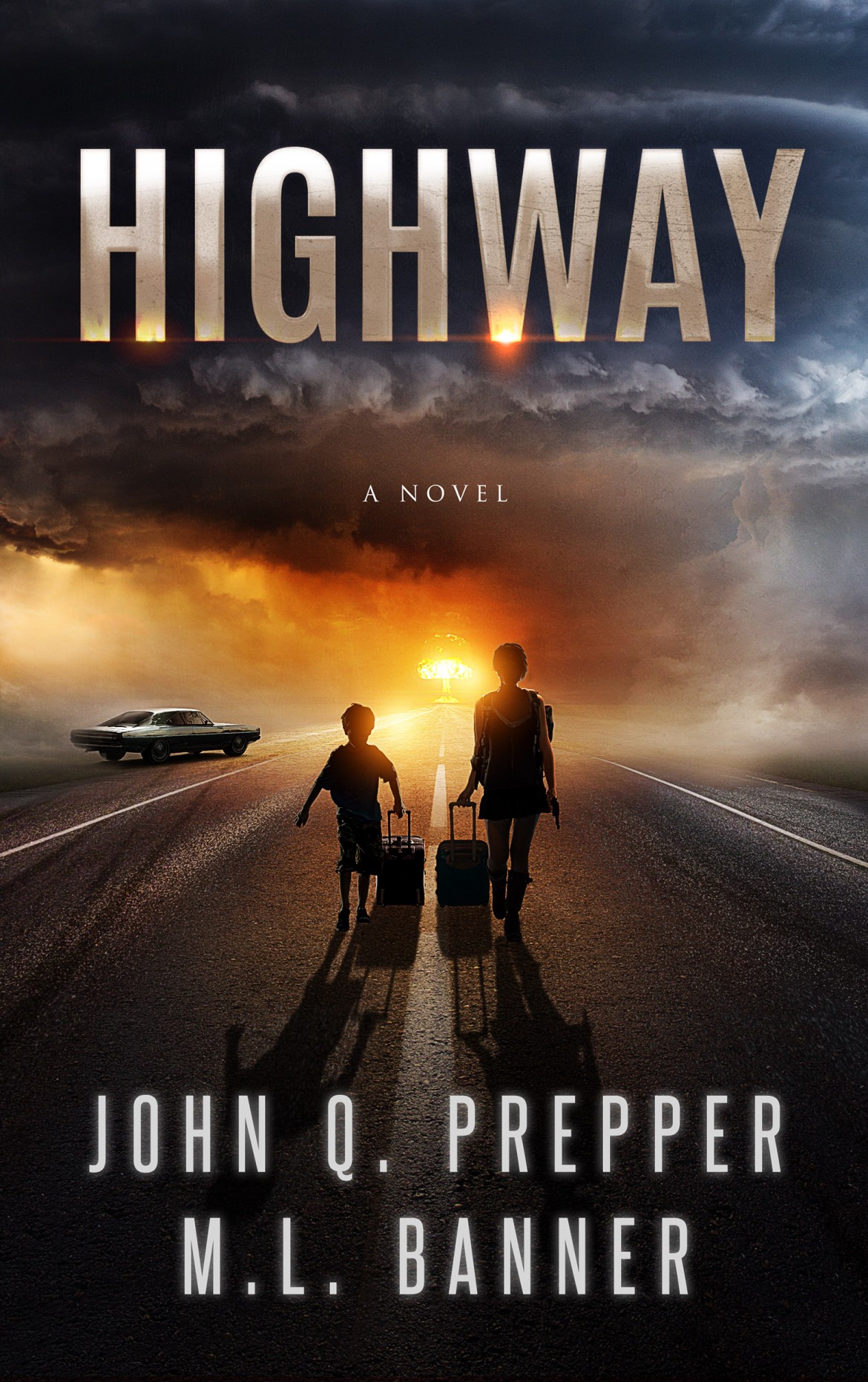 My newest apocalyptic thriller was released a week ago Monday in Kindle and in paperback (two days ago), so I’m a little slow in writing this. But so much has happened  with Highway, I thought it was important to cover all the details in one post, rather than several. After all, I’d rather you spent the time reading my books rather than my posts.

Ripped from the Headlines
Highway is an apocalyptic thriller set in a contemporary America of the near future when terrorists nuke several American cities and explode nukes in the atmosphere, creating an EMP that takes down our grid and most of our technology. This threat is more real that we’d like to admit as we live in a land where it’s only a matter of time before terrorists will have nuclear weapons at their disposal, if they don’t already.

Imagine what would happen if they struck today? I did.

Highway’s narrative is set around two main characters: Lexi is a young woman really, but who was so sheltered, she acts like a girl. She and her brother witness the horrific loss of their father–indirectly because of the terrorist attack–and are left stranded on a highway in Florida, trying to find their way home. They only have their own wits and a bug-out bag (left by their dead father) to survive in a land about to be ruled by the lawless.

Frank in many ways is the prototypical retired Army guy and prepper. Yes he has the training, but he has long since lost his will to fight. He’s seen enough death in his day, and retired to be alone and live off the grid. But then he’s attacked. Quickly he learns he can no longer remain isolated from the world. He’ll have to participate again, or risk loosing much more than just his life.

This highway has many twists and turns, it’s fast moving, and there are several big OMG moments near the end that you won’t see coming.

Hot New Release & Best-Seller
After its first full day out, Highway rose to become a top-ten Hot New Release in Amazon for Post-Apocalyptic fiction. Since then it has been among the top 1000 or so books on all of Amazon. So thanks to all of you who have made it a success already.

If you’ve read Highway and loved it, please tell others about it. If you haven’t read Highway, give it try.

Here’s what they said:

“Authors John Q. Prepper and M.L. Banner have done a magnificent job in crafting a narrative in Highway: A Post-Apocalyptic Tale of Survival that is neither repetitive nor stale.

The story-telling, realistic dialogue, along with a lot of terrifying scenarios, bring Highway to its conclusion in a delightful way. The weight of emotion is evident as characters continue to fight for their own survival. Beautifully written, this book is dotted with the tender moments and the horrible reality that come after such an event.”

Sequel Coming in June/July
Even though I wrote Highway to be a stand alone novel, I did leave it open for a sequel. So, because many of you have asked for it and because of its early success, I’m plunging forward on the sequel. It’s about 1/3rd complete and I expect to release it sometime around June. Watch for further updates here, or on Facebook or by email, if you’re one of my VIP Readers (https://www.mlbanner.com/free/).

Highway Audio Book
Finally, I’m excited to announce that Highway will be coming out in audio book as well. Like Desolation, I’ve decided to underwrite the cost of this myself and publish it through my own publishing company. It will be released through the ACX platform, and available for sale on Amazon, Audible, & Apple iTunes. More on this shortly.