Resistance and the Importance of Armed Militias 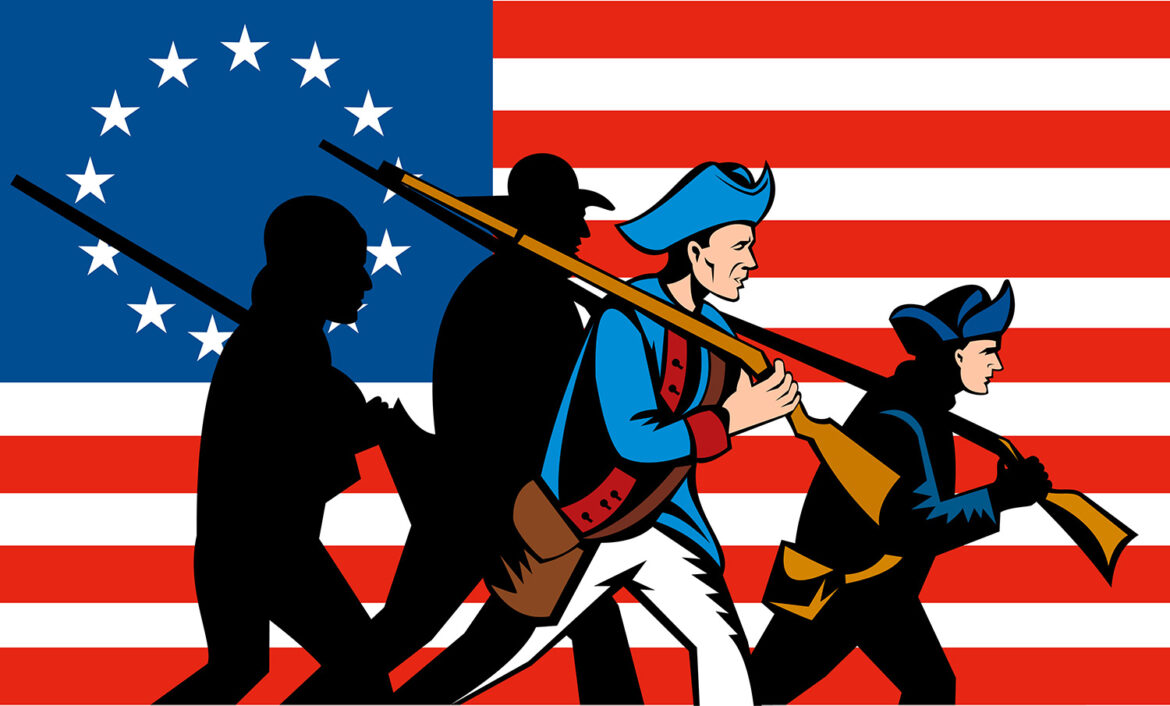 Resistance is the next book in my Highway series, and it finds militias playing a prominent role. This had always been my plan, but the subject of militias is especially interesting today—six years after I first penned Highway—not only because it’s Independence Day, but because militias and the 2nd Amendment have found prominence in today’s nightly news and newspaper headlines.

What exactly are militias, and why did our Founding Fathers believe them necessary in preserving our liberties and freedoms when they drafted the Constitution?

I thought now it would be timely to share a few myths and truths about militias, the 2nd Amendment, and why private American militias should be revered rather than feared.

“A well-regulated militia being necessary to the security of a free State, the right of the People to keep and bear Arms shall not be infringed.”

So, what is a militia?

Private militias are composed of a bunch of gun-toting, white-supremacists, hell-bent on the overthrow of the US government.

✔ Eighteenth-century colonists—the vast majority of whom had no military experience—after arriving in the colonies quickly found it necessary to develop their own military/police force due to of the small size of the British military presence. These “militias” were locally run, each having its own rules and command structure, but still required all able-bodied males to participate and provide their own arms. The Constitution’s drafters hoped to maintain a militia system that would remove the need for a standing army after the American Revolution.

Congress later shaped the militia system’s structure and today, the its composition was ratified in Title 10 of US Code, where it says the militia of the United States consists of all able-bodied males (and females) of at least 17 years of age.

The militia mentioned in the 2nd Amendment is intended to be a military militia only and was never about civilians possessing weapons.

And “arms” were an important part of this addition to the Constitutional definition, which was a right presupposed to exist, independent of the Constitution. This right has been often described in more detail, in our Founding Father’s writings, especially The Federalist Papers.

The 2nd Amendment only allows possession of guns which were common during the American Revolution.

✔ The Second Amendment simply reflects the reality that the founding-era militia consisted of citizens “who would bring the sorts of lawful weapons that they possessed at home to militia duty,” Heller, 554 U. S., at 627, and that the Second Amendment accordingly guarantees the right to carry weapons “typically possessed by law-abiding citizens for lawful purposes.” And yes, today that would include AR-15’s and other semi-automatic weapons.

“Well regulated” means that the State has the authority to setup whatever regulations it wishes to restrict arms.

✔ In fact, this meant (back then) “to put in proper working order” and describes the condition of the militia, not the right to keep and bear arms. This was speaking to the desire to maintain civilian control over the armed forces.

Back when the Constitution was drafted, our Founding Fathers were expressly concerned with maintaining an armed population in the event of either a foreign invasion or if the US Government itself became tyrannical.

This brings us to Resistance, the next book in the Highway series, which finds foreign invaders attempting to take over America. But the story will take an even more evil turn, which is why this subject is so relevant not only to the story, but to our country today.

Imagine if the story described in Highway happened in the United Kingdom, Australia, or any other country where armed forces are controlled solely by government, and its population does not have access to the weapons a tyrannical government or foreign warriors would possess?

Stay tuned for the next chapter of Highway, coming soon.

A Short History of the Militia in the United States