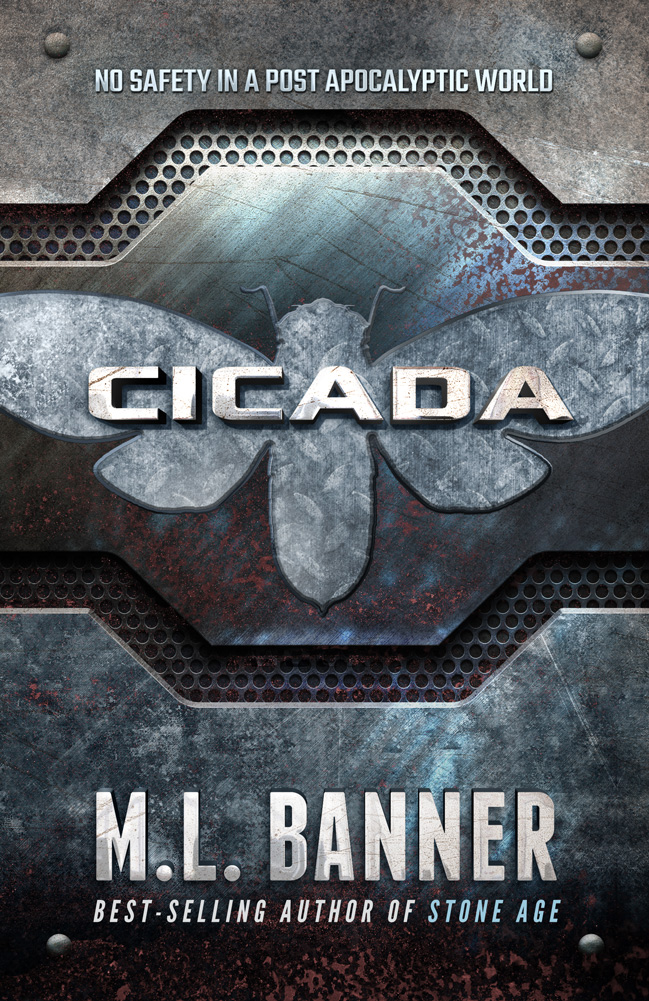 CICADA: Book 1 of The CICADA Series (A Stone Age World Novel) is set to be released on August 31st. So, I thought today would be a good day to reveal some exciting announcements about CICADA.

CICADA Cover
I’m pretty excited about this cover designed by the masterful folks at Damonza.com. So, whaddayathink? Post your comments below.

CICADA Series
Okay, so you might ask, “Michael, what series is it, “Stone Age” or “CICADA?” The answer is, “Yes!”

Don’t worry though, CICADA starts right after DESOLATION left off with Max and the Kings just arriving. But, CICADA provides more detail into the characters, as it is really their story. So, whether you’ve read Stone Age and/or DESOLATION or none of my books, you will enjoy this book.

And your wait for the next chapter in the CICADA Series will not be that long. I’m already at work on CICADA Book #2 and plan to release it this fall. Here is my tentative release schedule:

CICADA – Didn’t make the cut
Because I wanted this story to move, and move it does, there was at least one chapter that didn’t make the cut. Yet this chapter does provide a little more insight into the Cicada complex (the focus of the story) and one of the characters. So, I give it to you for your reading pleasure.

READ the chapter that didn’t make the cut

CICADA Giveaways
Between now and Release Day, I’m giving away lots of great prizes: 21 Dystopian paperbacks (see my Apocalyptic Giveaway page), a $100 Amazon Gift card, and autographed copies of CICADA. More will be said about this in future announcements and Facebook at…

CICADA Release Party
On August 31st, I’ll be throwing a party to usher in the release of CICADA., and YOU ARE INVITED! This one will be a little unconventional because it will be held on my Facebook Author page (Facebook.com/AuthorMLBanner). Those who have liked my page will be included in future announcements and my giving away several autographed copies of CICADA. So, if you haven’t like my page, do so right away.