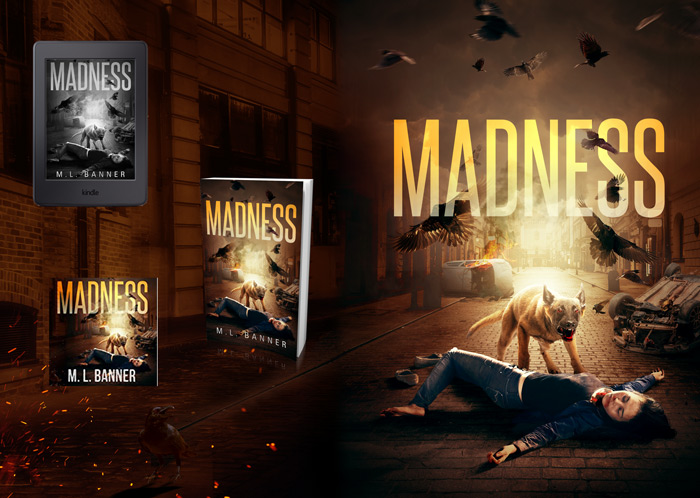 After close to two years of research, the world of MADNESS is born!

The MADNESS Chronicles paints a world where animals go crazy and attack people, all because of a strange affliction. Called an apocalyptic-horror story, what makes this scary fiction, is that it’s real! The affliction turns out to be an actual parasite which has been recently proven to have taken over and rewired the brains of its hosts, causing them to be more aggressive and lacking all fear.

The only good news is that most of the time, this parasite appears to be benign or at least inactive in most of the animals and people it infects. The bad news, as much as 3/4 of all mammals on Earth may already be infected;  that includes humans. Imagine if this parasite became active all at once?

Welcome to the world of MADNESS!

The first book of the MADNESS Chronicles, called simply MADNESS, follows a middle-aged couple who attempt to board a transatlantic cruise when this apocalypse of madness begins. The second (PARASITIC) and third books (SYMPTOMATIC) follow this couple on board their ship and other islands as the world around them is changing fast. To survive, their strength as a couple will be tested, as will their faith in all that they believe.

MADNESS is available in all formats: Paperback, eBook and Audiobook in most countries on Amazon.com and Kindle Unlimited. It’s already a #1 Amazon Best-Seller in American Horror, and won the praises of many, including Reader’s Favorite, “a fresh, unique, and exhilarating twist to the horror genre, but must warn readers that once they’ve picked the book up, they’ll be hard pressed to set it back down. I loved it. Really, really well done!””

Hey, speaking of audio. If you want to give the audiobook a test drive, listen here:

See what I mean?

Don’t miss out on the epic apocalyptic-horror tale.