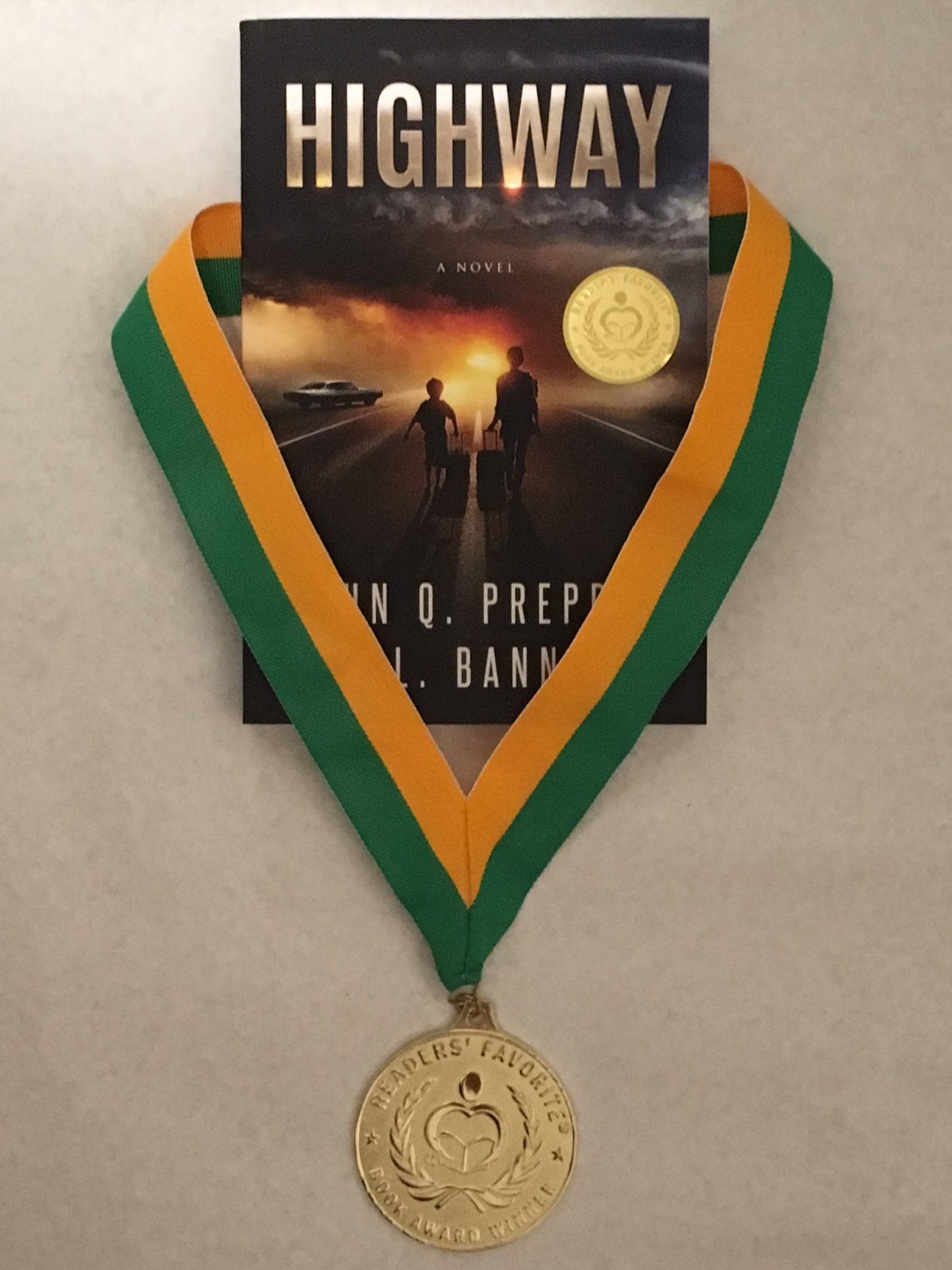 There is only one gold medal given out in each category (along with a silver, bronze, finalist, and honorable mention), so I was pretty excited to receive this top honor (along with my co-writer JQP). Previous gold medal winners have included Jim Carrey (Yes, THAT Jim Carrey who also writes children’s books) along with NYT best-sellers like J.A. Jance, James Rollins, and Daniel Silva. Certainly sharing the spotlight with some rarefied company there.

Highway may not be done there. Last month, Highway was selected a semi-finalist of the 2016 Kindle Book Awards for science-fiction. Finalists will be chosen next month, and the winners on November 1st. Even if it isn’t chosen, it has been recognized as one of the top twenty of all recent science fiction novels.

For anyone keeping score, that’s two for two: two contests entered (I submitted both for consideration) and two contests either won or at minimum receiving recognition.

Yet, I have to admit that it’s far more gratifying to receive an email from a reader saying they’ve enjoyed something I’ve written. And I’m always humbled by the stranger who felt moved enough by my novel to have invested hours of their time reading it and still more time to then post a review on Amazon. These are the awards I truly crave.

Okay, I admit. The other kinds of recognition aren’t bad either.

If you haven’t yet read Highway or its sequel, Endurance, perhaps it’s time for you to find out what all the buzz is about.