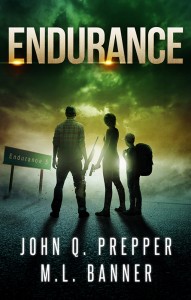 (Book #2 in the Highway Series)
The sequel to the #1 best-seller, Highway

Get your copy of ENDURANCE 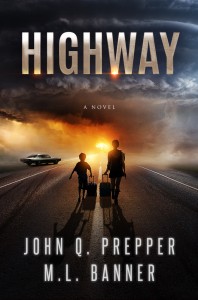 Highway
Set in contemporary (though slightly in the future) America, after Islamic terrorists attack. A young woman and her brother find themselves connected to an over-the-hill prepper via a highway, as they all desperately try to survive while society around them collapses.

But their connections run much deeper than their desire to survive and their common highway course. An evil family secret binds them and threatens not just them, but the whole world.

You won’t see this one coming!

Get ready for a classic apocalyptic sci-fi story, that early readers have called, “Riveting” and “Gut wrenching.” But be prepared, because once you start you’ll have “trouble putting it down so you can get some sleep.” 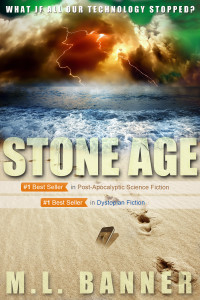 STONE AGE
Our technology, our way of life, our societies are all destroyed by a constant barrage from the sun bringing us back to a new Stone Age.

Get prepared for what readers are calling, “very real & very scary,” a “chilling story,” and your “worst nightmare.” 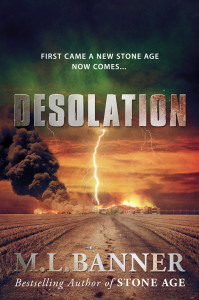 The sun turned out the worlds’ power, creating a new Stone Age. This is the story of the survivors who try to band together, search for loved ones, and grasp at a hope that is ever fleeting. Will humanity make it, or is it more likely the sun will set on everyone?

Just who is Maxwell Thompson? You know him as a prepper and close friend of the Kings, but why? What happened in Iraq? Who’s bugging his phones? Who’s after him? These questions and more are answered in the new exclusive short story, only available to Apocalyptic Updates subscribers.

They thought they would be safe at CICADA

Scientists try to discover and fix the cause for the permanent solar storms. What they find will shock them.

Can they survive the sun’s constant onslaught? Can they fix it before their walled compound is overrun by an army of thousands? Can humanity survive itself?

Check out the next installment of the Stone Age Series, voted a “Readers Favorite.” 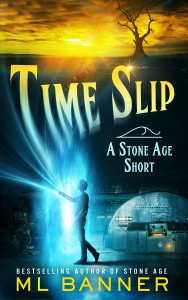 Dr. Ron discovers a time slip–a doorway through time–and his beloved wife is dying of cancer on the same day.

What’s the use of inventing a time machine and not be able to use it to save the one you love?