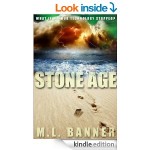 First, my apologies to all mothers and mothers-to-be in this audience I will offend.   Second, apologies to all others I offend for referring to an idea in the gender-neutral “it” and later my progeny as “him”; you’ll understand shortly.

That said I feel like I have just given birth, as much as any man could imagine.  It was not an easy birth, mind you, with all the labor pains…  Wait a second; I’m getting ahead of myself.

This started over a year ago, when I first saw “It”, that magical idea that made the sparks fly.  “It” was an idea I had never seen before and when I saw “It”, I was captivated.  I first checked “It” out to make sure no one else was ‘dating’ “It”.  “It” didn’t have a Facebook page – dah, “It” is an idea – so I did some research online to examine the prospects for a long term relationship.  I know, I was moving a little fast, especially for someone who never did this before.  I couldn’t help it.  I guess, once I saw “It” was unencumbered, I thought let’s hook up – Isn’t that what the young people call it today.  We – It and I – consummated our relationship, over a year ago.  I suppose I should have written down the date so we could celebrate our anniversary and I could remember to buy flowers, but hey I’m a guy: we forget these things.  That day, I became pregnant with my story.  Yes, I’m stretching here.  Yet, in a way, it was like a pregnancy, from what I’m told.  I loved my story-pregnancy, although I would have urges at the strangest times to feed an illogical hunger.  For instance, I would get up early and start working on chapter 30 and then go right to chapter 10.  It lasted eleven months – yes, my story-pregnancy took longer than others who experience this condition often.  Before I knew it, my story-pregnancy was over and I went into labor – an appropriate term, if there ever was one, for what happens right before this kind of birth.

Now, my story-pregnancy was easy, and fun, but labor was very hard.  Many people were in my ‘delivery room’ – I couldn’t have done it alone – trying to help me along with the birth of my new baby story.  My wife – she seems to tolerate my relationship with “It” better than I could have imagined – was there, so was my editor, cover artist, beta readers, and reviewers…  Wow, it was crowded.  After over two months of sweat and hard work, on Tuesday morning, 4/8/2014 around 8AM, my baby story was born.

I named him – sorry gender stereo-typing now (remember I’m a guy) – Stone Age.  He’s a little skinny at 220 pages, but I’m hoping he’ll have more strapping brothers soon to protect him.  I can almost see him now… Graduating from the “exclusive” Kindle KDP and going off on his own to work for every sale at Kobo, Apple, B&N, and other places of employment.  I’m so proud of him.  I know there is still a lot of work to do, getting him prepared for graduation.  I’m sure as his parent I’ll get schooled as well.  Regardless, I have confidence he will succeed.  After all, I’m his parent, what parent would think anything less of his/her offspring?

Of course, the scary part is right now.  I chose not to have him baptized by a God-like publishing house.  So, he’ll be on his own to suffer the comments and reviews of those who just won’t understand him or don’t like him.  Sure, those comments will hurt me, his parent, far more than him.  However, I will be there to support him through it all.

I have more good news.  I’m expecting again.  I already know it will be another boy; a brother.  I’m going to call him Stone Age – New Realities.  Probably a dumb name, but it’s not as dumb as some of the names I’ve seen others name their progeny.

I hope and pray, others will like my little Stone Age.  He’s probably a little rough around the edges, since doctors say that he has a split personality: part “Apocalyptic” and “Dystopian” and part “Science Fiction – Thriller”.  A lot of people like those personalities – I sure do.  I feel confident, that in time, a lot of people will get to know Stone Age and his brothers.  Yep, there will be others – I’m hoping for a very large family someday.

Anyway, I was so excited; I had to share this with everyone who might read this.  Do you think I should pass out cigars?

Ok, I must confess.  I had another reason for writing this, besides sharing my excitement: Stone Age could really use some friends right now.  He’s lonely because I cast him immediately out of the crib into the Amazon playground (HERE) – It’s a really big playground.  So, if you know of anyone who would like to play with my son, who enjoys running fast, but likes to take a few moments for reflection and contemplation, especially when it comes to dealing with life and death situations, please tell them about Stone Age.  He’s there now… waiting.